ANNOUNCING THE PUBLICATION OF
THE BUTCHER OF LYON

"I was reading this brilliant book that Dr. Ernesto Kahan gave to me...

From the beginning of this extraordinary novel, real elements used during the Nazi regimen are present , almost an unreality touching a raw reality with flawless descriptions leads us to relive those dire times with phrases like “Ein Führer , ein volk, ein state, and the Blitzkrieg of military marchs. This novel is full of rich sequences that lead us to continue reading as if it were a developed film going around us touching all our senses. Jean Yves, the tortured man and any others descriptions are well done with Hitler’s voice and speech in the background, or the Marseillaise in prisoners‘ voices when comrades resisted without giving any information. It its unforgettable chapter 9 , the creation of Manuel, when it reaches the situation that confront lieutenant Klaus with the parrots when they spoke: “Camarade... a quelle heur part l’ train pour Auschwitz... Mórt a Hitler!”

The evacuation of Lyon is very well narrated as well as the profound message made to authors of horrors in chapter 11 .

The explanation of the women's situation during the advance of the Russian Army was the effect of war. There is a rich description of important characters during Klaus’s exile in Bolivia and Lima including the Spanish republicans -from the Spanish Civil War- that keep the reader in alert, most of all about Anselmo Sanchez‘s torture , end of life and Manuelita's attempts to revenge it. Although this novel is inspired in reality the suggestive images of the capture and the end of this torturer's life-butcher of Lyon- will never be forgotten from the reality or from the fiction.

Congratulations to this great novel and its author…!"

-Susana Roberts
A Universal and Argentinian poet. A poet without frontiers.


"... this novel revives the dense atmosphere and one of the most
tragic moments of the twentieth century... It is not limited to
the narrative device. When the reader has become accustomed
to the initial visual impression, the narrative starts introducing
strong surrealist elements, which perhaps best expresses not
only the aforementioned historical reality but the creative
imagination of Lasso."
Jorge Majfud, PhD. Jacksonville University. Florida.


"This book is awesome. From the beginning, the reader is
gripped by a story... describing the criminal and inhuman
behavior of the Nazi occupiers of Lyon... in surreal images
written to perfection, which makes of this novel a literary
example. This is a book that can be read almost non stop..."
Emeritus Professor Dr. Ernesto kahan. Faculty of Medicine. Tel Aviv University. Israel


"The Butcher of Lyon" immediately grabbed me by its fluidity
and quasi vertiginous development, just like in a film, and by its
research and construction, undoubtedly profound and admi-
rable... I can assert that only creativity, in its fullest expres-
sion, may account for these historical and traumatic experiences.
I augur a very favorable reception for this novel."
Dr. Miguel de Boer. Comodoro Rivadavia, Chubut, Argentina.


"Of impeccable editing and surprising reality, this is a story extracted directly from the heart of the Damned, an extraordinary novel written by Manuel Lasso, which shows the soul of the murderer by vocation: Klaus Barbie, The Butcher of Lyon.

This great novel , which will become a milestone in the literature of the defense of the human rights, unfolds itself during the period of the Nazi occupation of France. He begins at the L' Ecole of Santé Militaire, near the Rhône, in the Terminus Hotel. The intense Wagnerian atmosphere which is appropriate for a musical theater, Die Walküre, unfortunately appropriated by the Socialist totalitarianism, in this case the Nazis, contributes enormously to set up the Wagnerian milieu of this work. Wagner was always moved by the struggle between good and evil. Any wagnerian work expresses that fight, the drama of the man electing between good and evil.

This novel, The butcher of Lyon, amuses us with every detail of reality during the fall of this city of Lyon. At times it seemed to me that I was listening the sonorous steps of the Nazis parading through the streets, intoning their typical songs from the Germanic folklore: Vorwarts, immer vorwarts! This dictatorship, as was the Bolshevik, sought to terrify, to impose the horror in the local population like the famous Panzer tanks when they advanced along the streets aiming at the civilians. Interesting the explosion of the bomb which maimed the Nazi soldier who tried to honor the statue of Luis XIV, by singing the Horst Wessel. Suddenly Klaus appears as he is, after being a shadow traveling through the torture rooms to find the truth from his enemies. A tormentor who enjoyed taking his delights with the birds, the talkative parrots, showing them some tender affection to appear human. But as soon as one of the parrots sings, in one of the most brilliant chapters of the novel: "¡Death to Hitler!", he will try to hunt them; but they leave the torture chamber flying through a window.

After reading this book I was left with a feeling of great happiness and the perception that I had been delighted by a great novel in which the reader laughs and laughs and keeps laughing , with a humor that flows freely, as if put forth by a comical genius, leaving beautiful scenes on the page as if they were pearls in an immense desert. Consequently, by the end of the novel we are left with the sensation that we are viewing the emergence of a new literary master."
Manuel Gutierrez Sousa. Philosopher, poet and novelist. 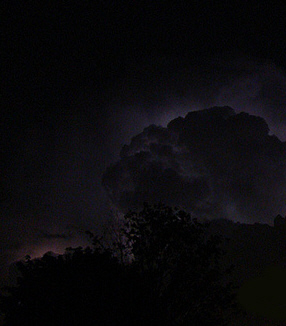